A granulocyte is a leukocyte, a white blood cell, with a lobed nucleus (called polynuclear) and cytoplasmic granulations. All granulocytes are phagocytes.

There are three types of granulocytes depending on the type of nucleus: neutrophils, eosinophils and basophils.

Granulocytes are blood cells characterized by the ways in which the organelles in their cytoplasm are stained under light microscopy.

They are known as polymorphonuclear leukocytes, because of the different shapes of nuclei they can have. However, this term is usually misused because it is only correct for neutrophils and not for basophils or eosinophils.

What is the function of granulocytes?

What are immature granulocytes?

Immature granulocytes are white blood cells that have not fully developed before being released from the bone marrow into the blood.

These cells are normally found only in the bone marrow because they are precursors of neutrophil, basophil and eosinophil immune cells.

The presence of immature granulocytes in the blood can occur in a variety of diseases, such as infection or blood cancer, and therefore often prompts further investigation, which may include additional laboratory tests.

What does it mean to have high immature granulocytes?

If your blood test shows that you have an increased white blood cell count and that you also have a high number of immature granulocytes, your doctor will do more tests.

Sometimes doctors refer to the increase in immature granulocytes in a white blood cell count as a “left shift.” This simply means that there are more immature white blood cells in the blood, which is common when the body is fighting an infection or inflammation.

Because elevated immature granulocytes are often a sign of infection, you may also have symptoms such as fever, sore throat, flu-like signs, persistent cough or signs of urinary tract infection.

Currently, results are expressed as absolute numbers per microliter (1 microliter = 1 mm3) rather than as percentages of the different leukocyte varieties:

What does it mean to have low granulocytes

In the majority of cases, agranulocytosis or low granulocytes is a blood abnormality resulting from certain drug treatments. Depending on the origin and characteristics of the abnormality, two types of drug-induced agranulocytosis are generally distinguished:

What are the risks of low granulocytes?

Given the role of neutrophil granulocytes in the immune system, agranulocytosis puts the body at significant risk of infection. There are not enough neutrophils left to fight off certain pathogens, which can lead to sepsis, an infection or generalized inflammation of the body.

What are the symptoms of low granulocytes?

The symptoms of low granulocytes are those of an infection. It can manifest itself by infectious signs in several areas of the body, including the digestive system, the ENT sphere, the pulmonary system and the skin.

Acute drug-induced agranulocytosis appears suddenly and is manifested by a high fever (over 38.5°C) accompanied by chills. In bone marrow aplasia, the development of agranulocytosis may be progressive.

What does it mean to have high granulocytes

High granulocytes count or granulocytosis occurs when there are too many granulocytes in the blood. It is a disease closely related to chronic myelogenous leukemia (CML) and other bone marrow disorders.

An increase in granulocyte count occurs in response to infections, autoimmune diseases and blood cell cancers. An abnormally high number of white blood cells usually indicates an infection or disease. Granulocytosis is a condition characterized by an elevated white blood cell count.

Granulocytosis is the main feature of CML. It is a rare cancer of the blood cells that starts in the bone marrow. CML is most common in older people, but it can occur at any age. It also affects men more than women. People who have been exposed to radiation, such as radiation therapy for cancer treatment, also have a higher risk of developing CML.

Common bone marrow disorders that can cause granulocytosis are:

Granulocytosis can also be seen in combination with:

How To Tell If You Have a Cavity/Tooth Decay?

Lip Tie in Infants: What is it, Causes, Symptoms

How To Tell If You Have a Cavity/Tooth Decay?

How to Get Rid of Double Chin Fast 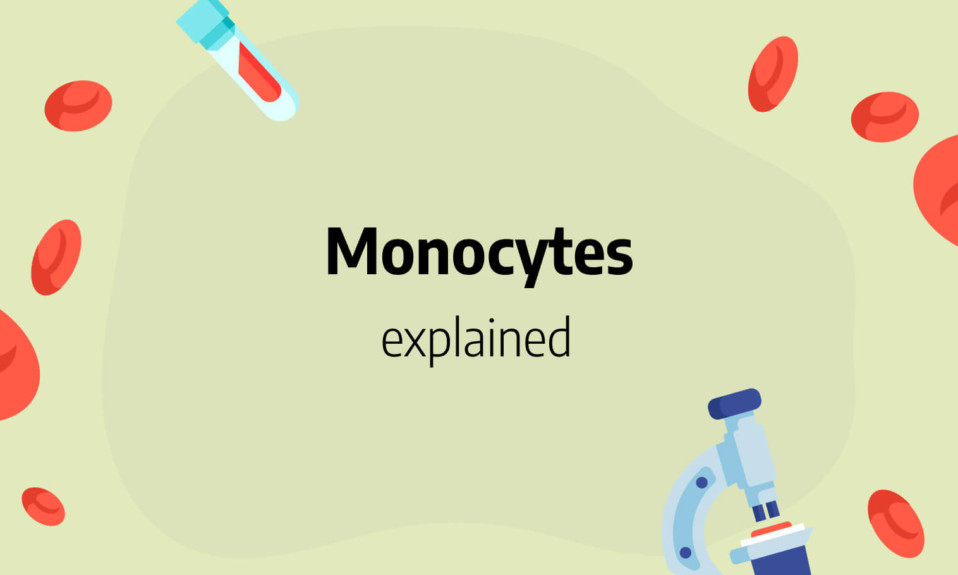